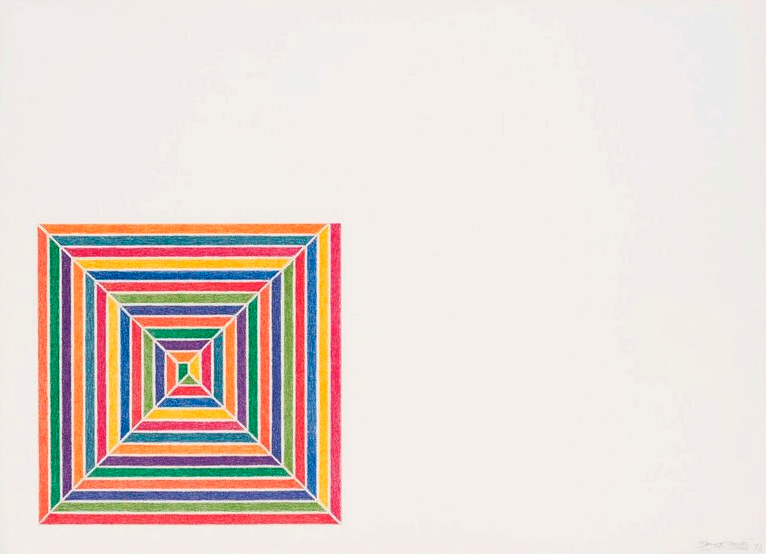 Frank Philip Stella is an American painter, sculptor and printmaker, noted for his work in the areas of minimalism and post-painterly abstraction. Stella lives and works in New York City.

Frank Stella was born in Malden, Massachusetts, to parents of Italian descent. His father was a gynecologist, and his mother was an artistically inclined housewife who attended a fashion school and later took up landscape painting.

After attending high school at Phillips Academy in Andover, Massachusetts, where he learned about abstract modernists Josef Albers and Hans Hofmann, he attended Princeton University, where he majored in history and met Darby Bannard and Michael Fried. Early visits to New York art galleries fostered his artistic development, and his work was influenced by the abstract expressionism of Jackson Pollock and Franz Kline. Stella moved to New York in 1958, after his graduation. He is one of the most well-regarded postwar American painters still working today. He is heralded for creating abstract paintings that bear no pictorial illusions or psychological or metaphysical references in twentieth-century painting.