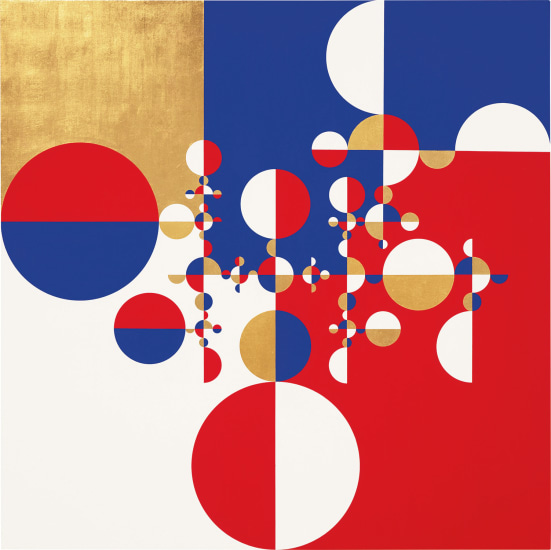 Gabriel Orozco’s diverse practice, which includes sculpture, photography, painting and video, is centered on the rejection of the concept of a traditional studio. Alternatively, Orozco’s conceptual process involves using quotidian objects as commentary on urban society. In the widely exhibited La DS (1993), Orozco cut a Citroën DS car into thirds, eliminating the central section and reconfiguring the remaining parts.

Another important motif in Orozco’s lexicon is that of the colored ellipses. In his seminal series, Samurai Tree Invariants, the artist employs fragmented colored circles as the basis for geometric compositions, exploring the movements made by a knight on a chessboard. These not only represent Orozco’s conceptual practices but illustrate his interest in both the geometric and organic world.