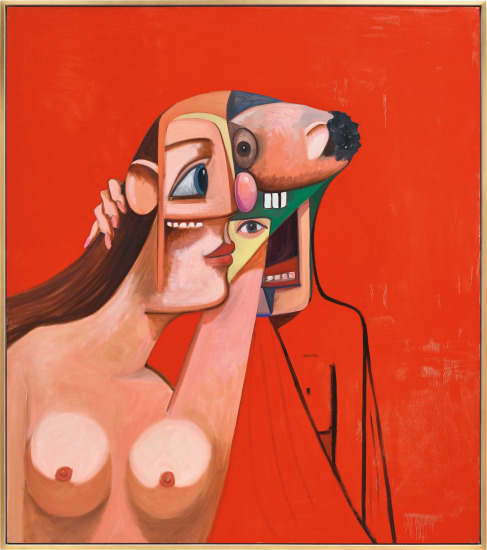 Picasso once said, “Good artists borrow, great artists steal.” Indeed, American artist George Condo frequently cites Picasso as an explicit source in his contemporary cubist compositions and joyous use of paint. Condo is known for neo-Modernist compositions staked in wit and the grotesque, which draw the eye into a highly imaginary world.

Condo came up in the New York art world at a time when art favored brazen innuendo and shock. Student to Warhol, best friend to Basquiat and collaborator with William S. Burroughs, Condo tracked a different path. He was drawn to the endless inquiries posed by the aesthetics and formal considerations of Caravaggio, Rembrandt and the Old Masters.