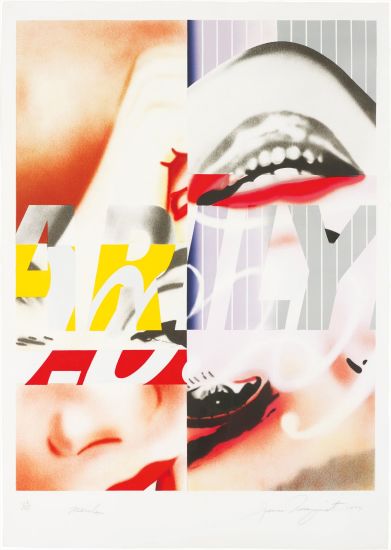 James Rosenquist’s references to mass-produced goods and to magazines, films and other aspects of the mass media, together with his dispassionate and seemingly anonymous technique, ensured that he was regarded as one of the key figures in the development of Pop art in the United States. In 1948, while still in school, he won a scholarship to study at the Minneapolis School of Art, and from 1952 to 1955 he studied painting at the University of Minnesota. In 1955, he moved to New York to study at the Art Students League on a scholarship. He earned his living as a billboard painter from 1957, and in 1960 he began to apply similar techniques of grossly enlarged and fragmented images to huge paintings.