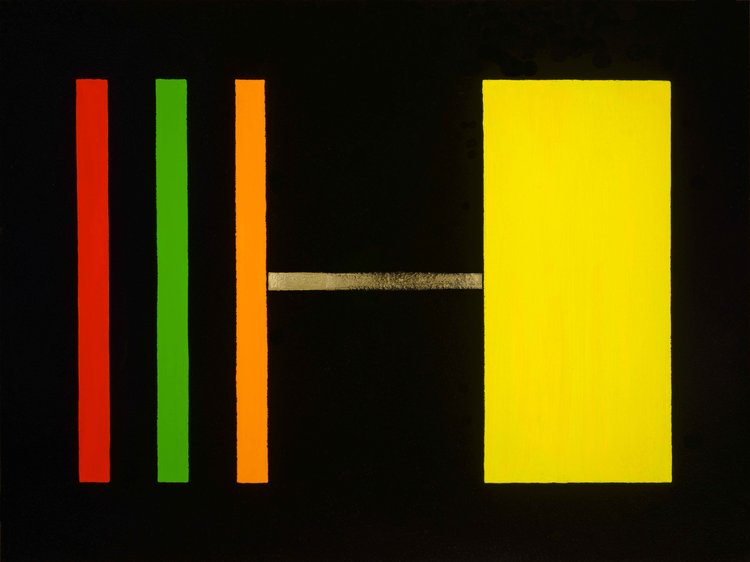 American, born in 1960. One of the most significant artists working today, Osvaldo Mariscotti’s dedication to the interaction of form and color has led to a continued exploration of perception. He takes over the most basic elements of Suprematist art, the straight line and the square, a choice that reflects the emphasis he places on the shapes produced by man rather than those existing in nature. His works are very significant, made from the decomposition of figures such as the rectangle, which is then decomposed into its essential colored lines on a black background. Mariscotti’s search puts him in the context of geometric conceptualism: that reality of thought that holds figuration as malaise and searches for synthesis, as a model to pursue. His art examines the “non reality” and breaks it down into geometric shapes, to arrive at the development of a new code.