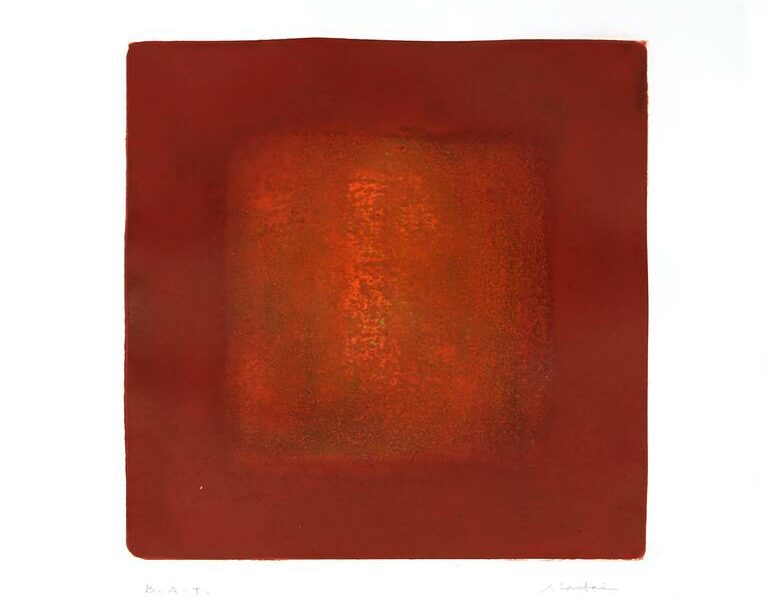 Su Xiaobai was born in Wuhan, Hubei Province, China in 1949. He attended the School of Arts and Crafts in Wuhun in 1965, and from 1985 to 1987 studied oil painting at the Central Academy of Fine Arts. He was awarded an Arts and Culture Scholarship which allowed him to move to Germany in 1987 to pursue postgraduate study at the Kunstakademie Dusseldorf Arts Academy, from which he graduated in 1990. Before moving to Germany his work was concerned by social realism, however, his first-hand experience of Western avant-garde art radically changed his approach. In the mid 1990s his work became progressively less figurative and, since his return to China in 2003, he completely eliminated recognisable subject matter to focus on colour, surface, and shape. His work engages with both the language apparent in Western art and traditions in Chinese philosophy, such as the Buddhist Sutra: “Everything is nothing, nothing is everything”. The medium he most frequently uses, lacquer, is loaded with Chinese history, while he uses the context of his art to represent issues which are both universal and philosophical. Su held his first solo exhibition in 1988, and since then he has predominantly exhibited in China and Germany.
BACK TO ARTISTS