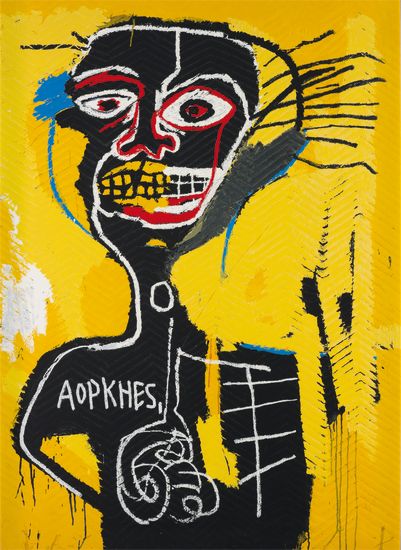 One of the most famous American artists of all time, Jean-Michel Basquiat first gained notoriety as a subversive graffiti-artist and street poet in the late 1970s. Operating under the pseudonym SAMO, he emblazoned the abandoned walls of the city with his unique blend of enigmatic symbols, icons and aphorisms. A voracious autodidact, by 1980, at 22-years of age, Basquiat began to direct his extraordinary talent towards painting and drawing. His powerful works brilliantly captured the zeitgeist of the 1980s New York underground scene and catapulted Basquiat on a dizzying meteoric ascent to international stardom that would only be put to a halt by his untimely death in 1988.