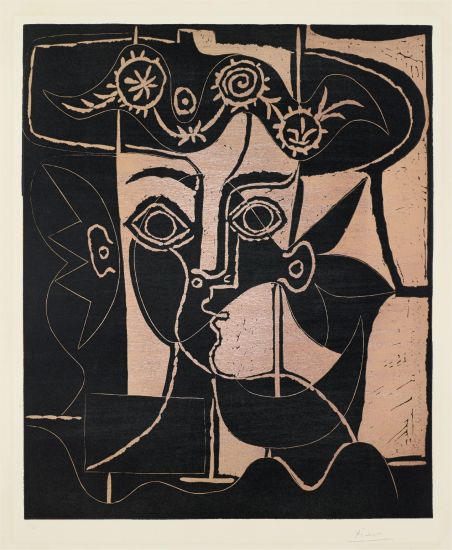 One of the most dominant and influential artists of the 20th century, Pablo Picasso was a master of endless reinvention. While significantly contributing to the movements of Surrealism, Neoclassicism and Expressionism, he is best known for pioneering the groundbreaking movement of Cubism alongside fellow artist Georges Braque in the 1910s. In his practice, he drew on African and Iberian visual culture as well as the developments in the fast-changing world around him.

Throughout his long and prolific career, the Spanish-born artist consistently pushed the boundaries of art to new extremes. Picasso’s oeuvre is famously characterized by a radical diversity of styles, ranging from his early forays in Cubism to his Classical Period and his later more gestural expressionist work, and a diverse array of media including printmaking, drawing, ceramics and sculpture as well as theater sets and costumes designs.