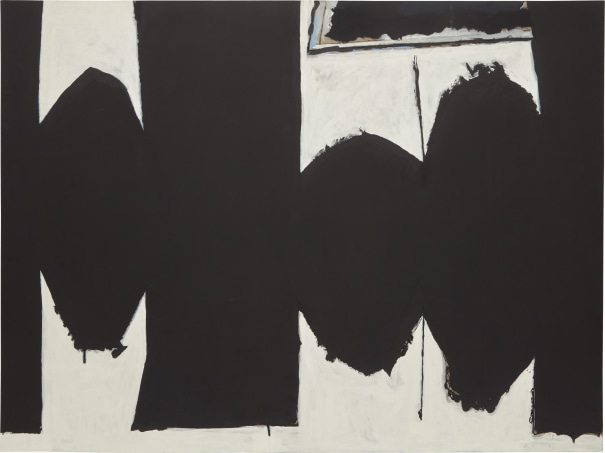 One of the youngest proponents of the Abstract Expressionist movement, Robert Motherwell rose to critical acclaim with his first solo exhibition at Peggy Guggenheim’s Art of This Century gallery in 1944. Not only was Motherwell one of the major practicing Abstract Expressionist artists, he was, in fact, the main intellectual driving force within the movement—corralling fellow New York painters such as Jackson Pollock, Willem de Kooning, Hans Hoffman and William Baziotes into his circle. Motherwell later coined the term the “New York School”, a designation synonymous to Abstract Expressionism that loosely refers to a wide variety of non-objective work produced in New York between 1940 and 1960.

During an over five-decade-long career, Motherwell created a large and powerful body of varied work that includes paintings, drawings, prints and collages. Motherwell’s work is most generally characterized by simple shapes, broad color contrasts and a dynamic interplay between restrained and gestural brushstrokes. Above all, it demonstrates his approach to art-making as a response to the complexity of lived, and importantly felt, experience.