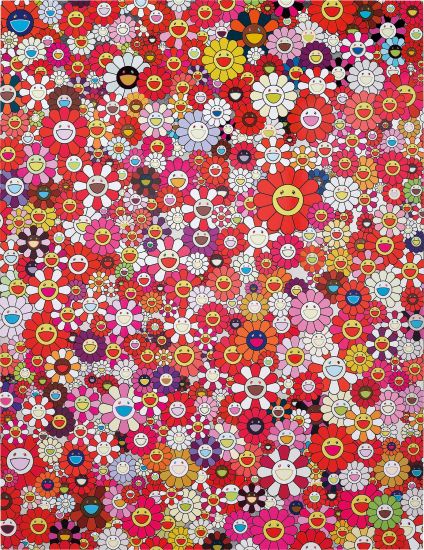 Takashi Murakami is best known for his contemporary combination of fine art and pop culture. He uses recognizable iconography like Mickey Mouse and cartoonish flowers and infuses it with Japanese culture. The result is a boldly colorful body of work that takes the shape of paintings, sculptures and animations.

In the 1990s, Murakami founded the Superflat movement in an attempt to expose the “shallow emptiness of Japanese consumer culture.” The artist plays on the familiar aesthetic of mangas, Japanese-language comics, to render works that appear democratic and accessible, all the while denouncing the universality and unspecificity of consumer goods. True to form, Murakami has done collaborations with numerous brands and celebrities including Kanye West, Louis Vuitton, Pharrell Williams and Google.